Tim A Shaw explores moments of transition; in-between states of bodies and fleshy masses as they transform, evolve and heal.  He is a London based contemporary artist, graduating at Central St Martin's College of Art in 2005. Since then he has exhibited his installations, light sculptures, paintings and mixed media assemblages in the UK and abroad. Previous group and solo exhibitions have included: In Your Face at Show Studio, London; Art:I:Curtate’s Artist Salons, London and Intangible Beauty: Go Out Alone and in the Dark at Kasher|Potamkin, New York.  Site specific installations have included: Crazy Golf - Live at the Apollo and Crazy Golf @ The Deptford Project; and Lightsource Event Commission at The Wapping Project, London. 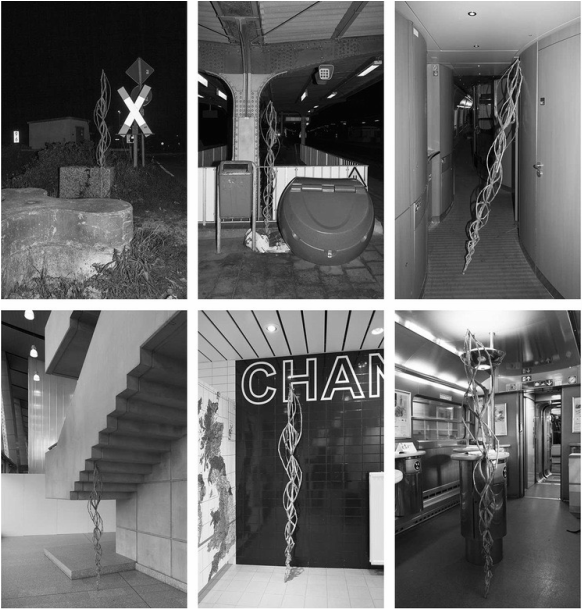 Jorg Obergfell, Modulor Lunaire, 2014
Sara Naim is a Syrian visual artist who grew up in Dubai. She recently graduated from the MFA at The Slade School of Fine Art (2014), and previously completed her Bachelors in Photography from London College of Communication. Exhibitions include a solo show in Dubai’s Gallery 1, Pavilion Downtown (2012), and group shows ‘Hindsight’ at V1 Gallery, Copenhagen (2014), ‘Au Lait! Quand l’Art Déborde’ at Lab’Bel Gallery, Jura (2012), and various others in London, Dubai, Cologne, Arles, Guernsey and Malaysia. Her works have been featured in Art Forum, Phaidon, Dazed and Confused, Vice, and the Gulf News. She lives and works between London and Paris.

Sara Naim most often uses photography, drawing and installation as phenomenological meditations on how we encounter the world through our bodies, and negotiates the sinuous line between our interior and exterior physicality.